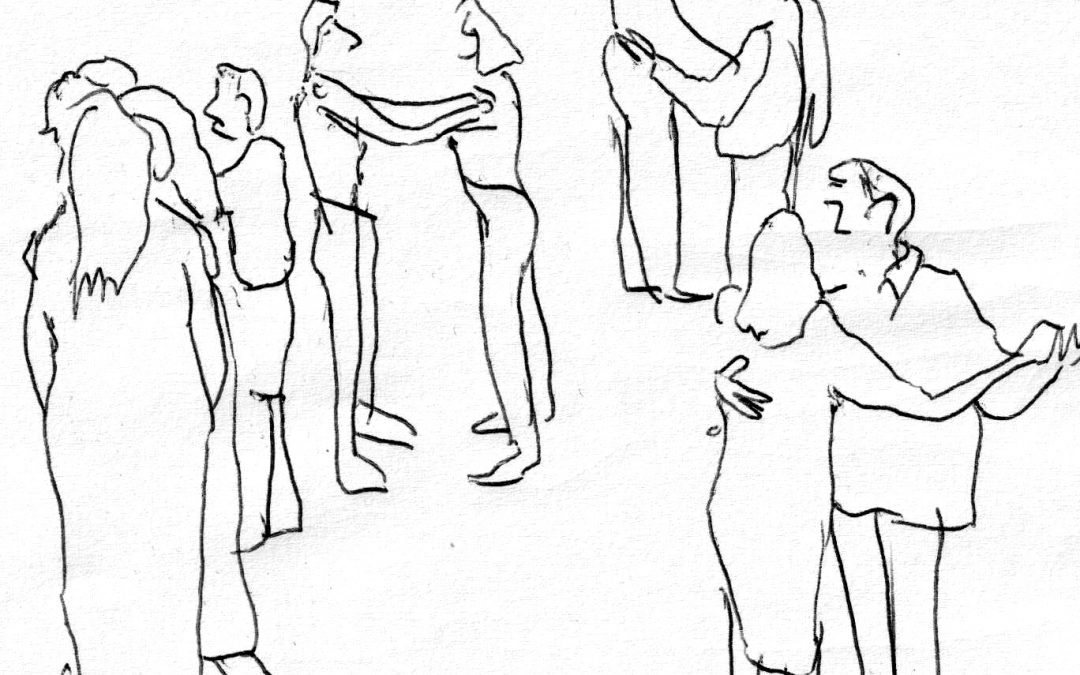 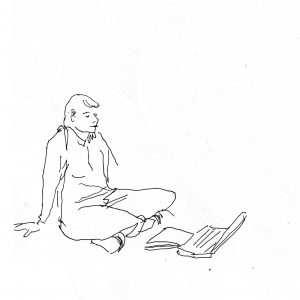 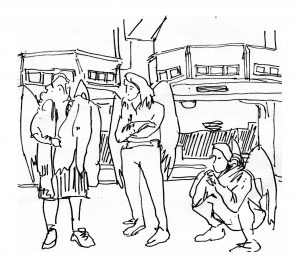 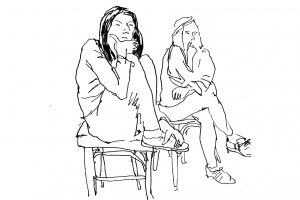 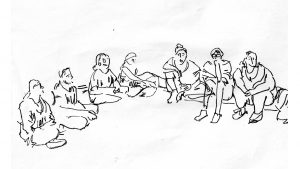 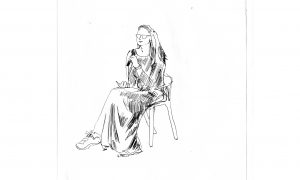 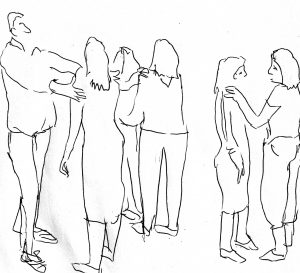 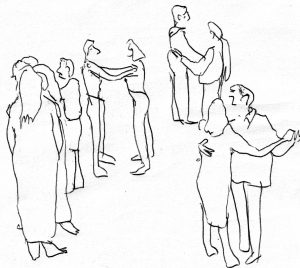 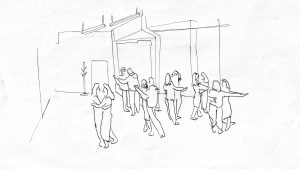 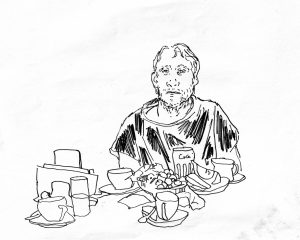 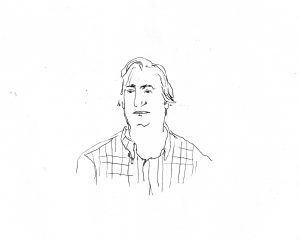 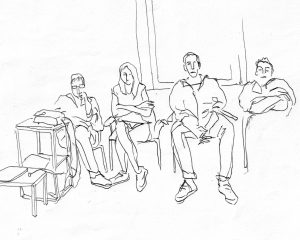 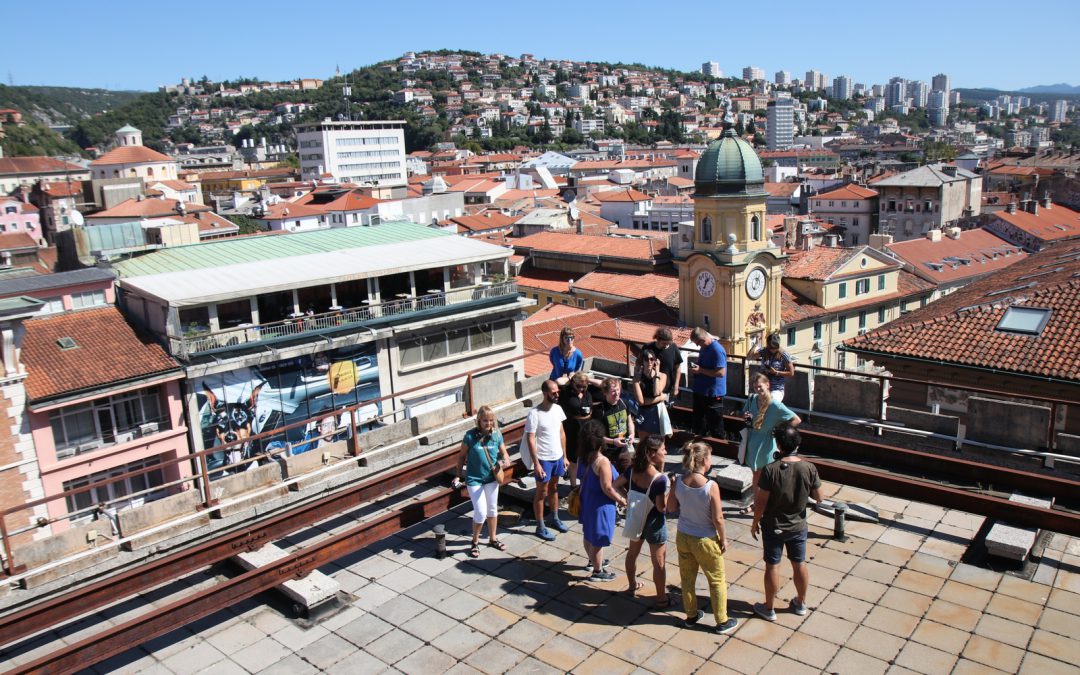 The goals of the Rijeka Lab were:

Rijeka Lab was comprised of two modules: Artistic and Business Module through which the element of Audience Development was imbued. The Artistic Module focused on the exchange of different contemporary performance practices and artistic approaches within the context of site-specific theatre.  Following the topic of the Lab, Artistic Director Ivana Peranić and her team of artistic collaborators Monica Giacomin and Fernanda Branco divided locations, that include some of Rijeka’s valuable cultural heritage sites, into three sub-categories:

On the first day of the Lab, after the Official launching, resident artists were taken on a Walking Tour of the city and its surrounding witnessing for the first time the locations they would be working on in the following days. The tour was led by the art historian Ivana Golob who gave the artists historical, social and architectural inputs with the intention to spark the imagination and inspire the artists in their artistic creations. The information had also the purpose of offering to the artists a grounded knowledge of the sites as a site-specific strategy of work, based on learning about the place one visits and works on. This approach aimed to provide the artists with contextual tools, so they could relate to a place not only from the present but also with historical references, aiming for a wider understanding and respect for the location.

On the second day, as part of the Audience Development element, there was a facilitated talk and sharing: “Levels of Engaging with the Audiences” led by Artistic Director Ivana Peranić. The talk highlighted the numerous creative practices and approaches to audiences among participating artists in terms of (1) number of the audience: from one to hundreds of people, (2) place: using different types of non-conventional theatre spaces, (3) contexts such as: festivals, artistic productions, urban and countryside, political demonstration/protest (4) age and ability (5) social status and level of inclusion/exclusion (6) intention such as: random audiences or people who intentionally come to an event. Some important issues were raised such as artist as a social worker, the necessity of selling tickets, the importance of critics and partnerships, (re)-defining terms of professional and non-professional artists.

Artistic Module was based on co-creation methodology and it was divided into two distinctive parts.

During the first part  (11th-14th Sep) resident artists were working in smaller groups interacting with specific sites and creating an artistic responses and expressions from it as: methodology of work and/or different performative works such as performative installation, collage of artistic proposals, roof performance using wireless headphones and binoculars for the audience and shop window performance.

On the 16th September 2019, there wes a second facilitated talk “Challenges of managing audiences in non-conventional theatre spaces” where participating artists shared and exchanged their experiences on the topic but also considered the concrete example of the work-in-progress presentation of the following day.

All artistic works were shared with the local audience in the format of work-in-progress presentations on 17th September 2019. Durational performance “I’m Listening” in the shop window created by Nicole Pschetz and Miguel Bonneville with the collaboration of Maja Kalafatic and Miljena Vuckovic was open for the public from 1.00 – 03.00 p.m. Citizens of Rijeka were invited to share their wishes and concerns with St. Vito who is a patron saint of Rijeka  Other works were presented in the form of an artistic guided tour, taking audiences from one location to another from 5.30 – 8.30 p.m.: (1) Rijeka’s Roof took audiences on the roof of the shopping mall in the city center telling a story of the superheroes who are out of luck and out of work. Audiences were following them from above as they wandered through the city wondering what to do next and what “saving the planet” even means anymore. The work was created by Rodrigo Pardo and James Riordan in collaboration with Uroš Mladenović and Iva Korbar. Upon getting down from the roof audience was picked up by a character wearing beach accessories and inviting the audience to go for a swim presenting (2) Last Summer, a minimalistic performance in a shop window as a “corporeal reflection about a good time with you”. The work was created by Dmitri Rekatchevski in collaboration with Frane Meden. Another character called Xmas Tree invited the audience to follow her and led the audience through tiny streets of the city center, stopping briefly in front of the Rijeka 2020 installation at the Jadran Square, before heading for the Opera (Teatro Fenice) were many other Rijeka citizens and media were already waiting. One could feel the excitement in the air since this place was opening its door for the general public for the first time after almost three decades! The work presented in the Opera was (3) And Then There Was a Space – fragments of a transformation created and performed by Julianna Bloodgood, Anne Corte, Johannes Schrettle, Sanna Karolina Toivanen, Janaina Tupan, Sendi Bakotić, Andrea Crnković, Nika Korenjak, Maja Kovač, and Kristina Paunovski. The response of the Rijeka citizens and media was very positive. The interest was immense but unfortunately, there was only one performance due to the context of the Lab.

Inside of the Business Module (18th and 19th Sep) participants worked on the process of developing an effective and competitive grant proposal and facing financial and managerial challenges after a successful grant application. The fundraising element was led by Barbara Rovere and the Financial management element was led by Adam Jeanes. Both experts were available for individual consultations throughout the Module.

The Rijeka Art Incubator was programmed and led by Artistic Director Ivana Peranić. The Art Incubator was documented and assessed by three researchers: Lia Contiu (UAT), Anda Cadariu (UAT) and Alessandra Troncone (IAB), and it was evaluated as part of wider project evaluation by the project external evaluators Darko Lukic and Cristina Da Milano. 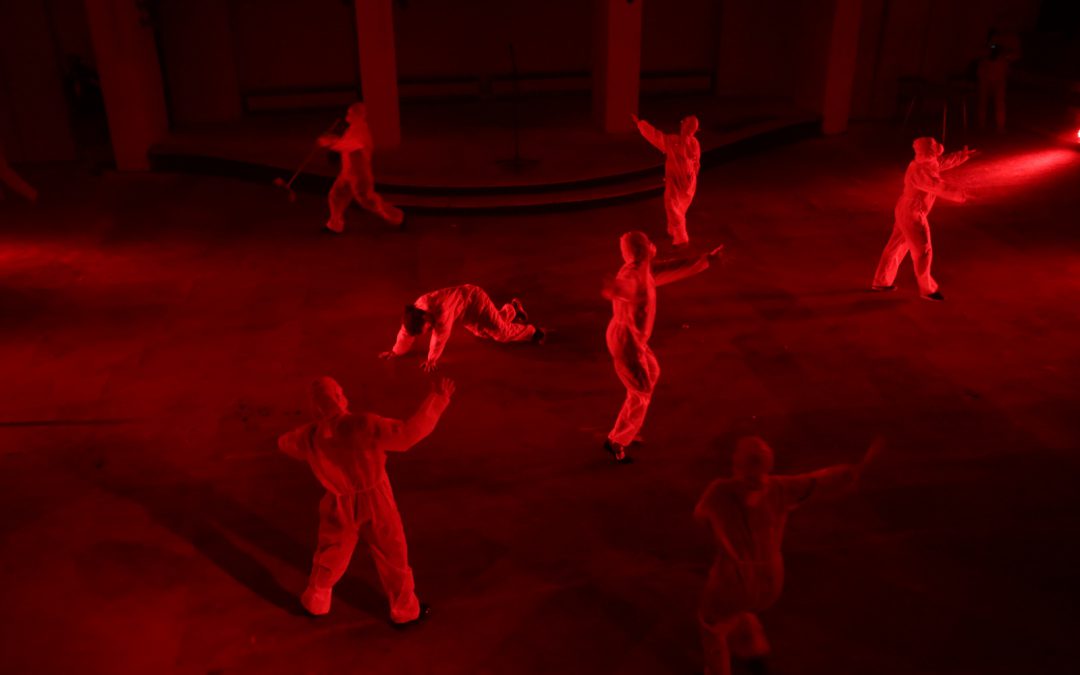 To create something in a place that already is an experience in itself. To bring alive a space that is full of history. To work in a beautiful theatre that has its doors closed for the people living in the same city.

We tried to really listen to the place, feel it, connect to it. Imagine the past, the secrets, the visitors. We wanted to honor the history and imagine the future.

“and then there was space”

Click here to listen to a part of the soundscape: Last Waltz

created and performed by 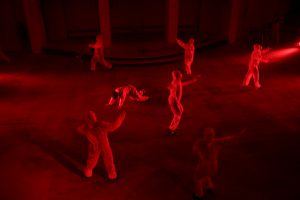 We take an elevator that is just an elevator, a metal box that transports weight up and down, no fancy light or mirrors here, nor doors that open and close by themselves. Arrived at the last floor the smell of iron and oil tells us this is not a place for the general public, we go then through rooms with big ventilation, water and electricity machines as if one would be going inside the belly of a large cruise ship and could see the raw reality of what keeps the fiction of luxury up there.

We finally reach the roof of Robna kuća RI, we walk to the edge and meet Rijeka.

I have always here the same feeling: Wide perspectives are a challenge, a stress test for anxiety. I am there, standing in front of the view of an entire city and each wall, each roof and sidewalk is aking me to include them in my narrative, in my emotional memory, I briefly look at the horizon to find peace again, but then again a group of people on the street or a train that passes just in time bring me back to this game of “focus-out of focus” that decides the direction of my gaze, and the relevance of these elements within my mental story.

MaM begins, we go little by little from the general to the particular, from the broad perspective to the close up, from the group to the individual, and vice versa.

We take the elevator down and we have already changed, there is nothing like playing with fiction to enjoy reality again. 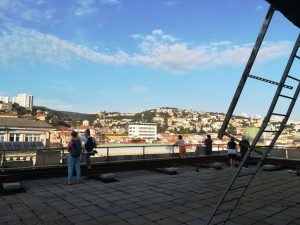 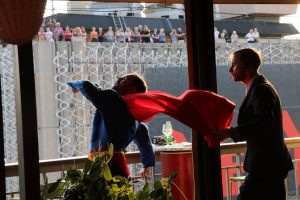 “Just the wish that you may find in yourself enough patience to endure and enough simplicity to have faith; that you may gain more and more confidence in what is difficult and in your solitude among other people. And as for the rest, let life happen to you. Believe me: life is in the right, always.”